Even though I already replaced both valve cover gaskets, the left side started to leak again. I used Febi Bilstein gaskets, that is the last time I will use them for gaskets.

I replaced them with Viktor Reinz gaskets, which are specialists in gaskets.

Created some closeup shots of the valve body after the CLS refused to go into the correct gear. I suspected something wrong with the valve body, but in the end I needed to do a transmission adaptation reset…(which is mandatory after you replace the conductor plate).

As part of the big preventative maintenance, I swapped out the conductor plate for the 5-speed 722.6 automatic torque converter gearbox (which is pretty much bulletproof) and also did a fluid refresh. Its almost impossible to get all the fluid out, that is done better with a flush (done with specialist equipment).

I replaced almost 6 liters, the rest remains in the system off course in the coolers and the rest of the transmission plumbing. Maybe somewhere next year do this again, but also replace all/some solenoids and go to a transmission specialist.

Pro tip: Transmission adaptation reset is mandatory! I used method 2 of the video below

My MacGuyver method for repairing the airline did not hold out very long, so I needed something structurally. Fortunately, Mercedes sells a piece of airline (1.5m) for repairing/maintaining the Airmatic system, which was exactly what I needed.

When I bought the Mini, it had reached the 160.000km or 100.000 miles mark. This is a milestone in the Mini Cooper S service history, because it means that you need to service the Eaton M45 supercharger (new fresh supercharger oil etc etc).

I saw the episode from Wheeler Dealers and felt confident. It was a lot of work, but fortunately it wasn’t complex. As this isn’t my daily driver, I meant I could take the time. 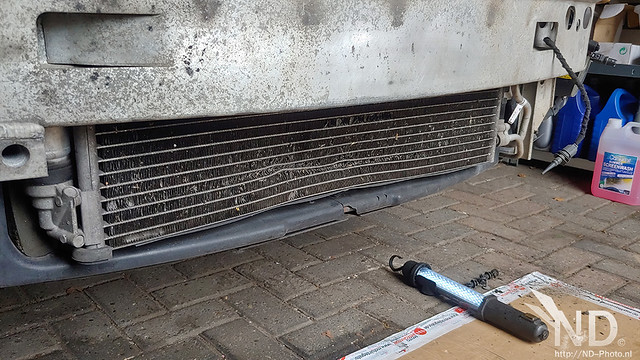 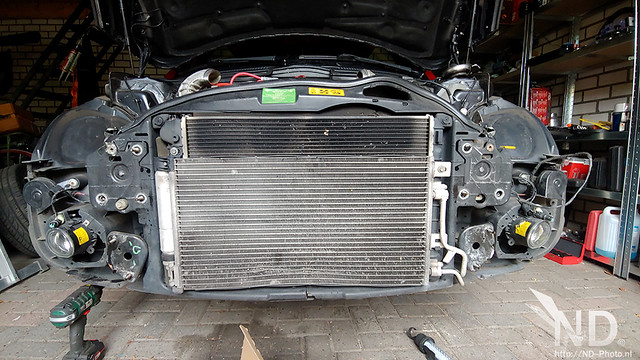 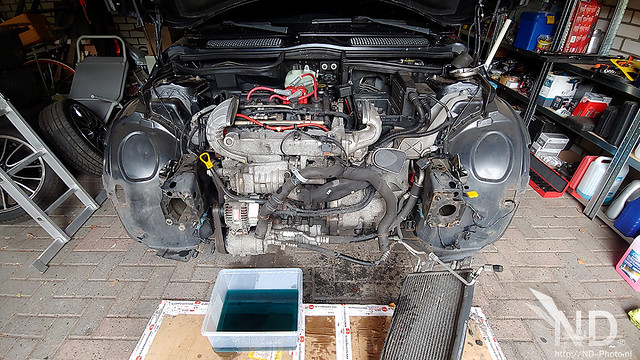 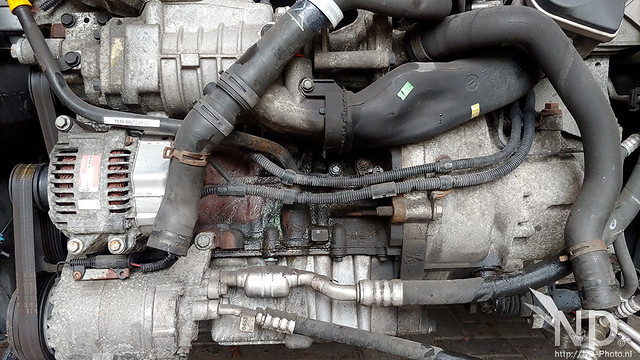 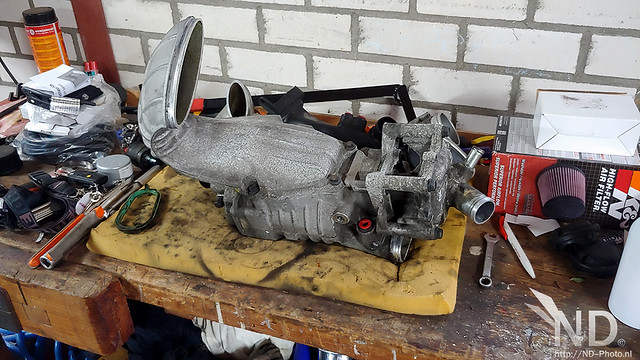 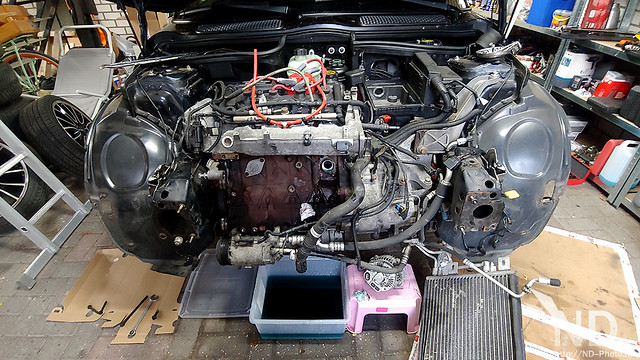 The new Compressor Bypass Valve (CBV) vs the old 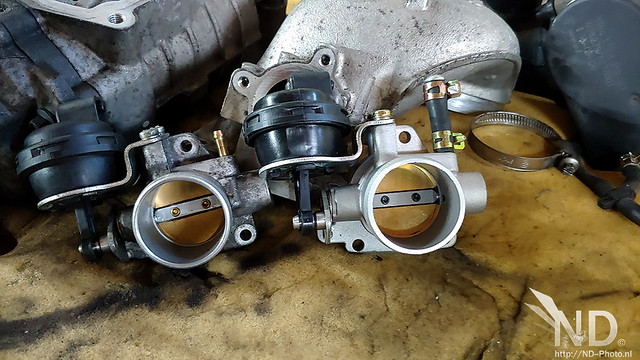 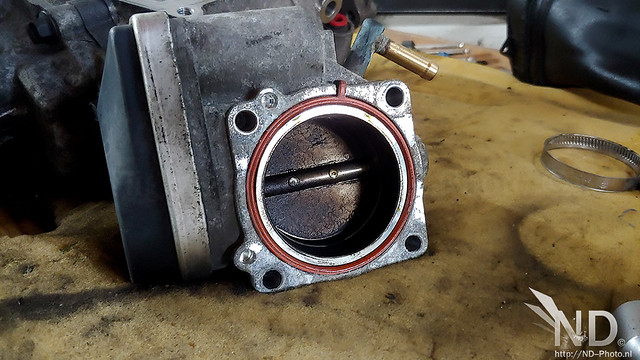 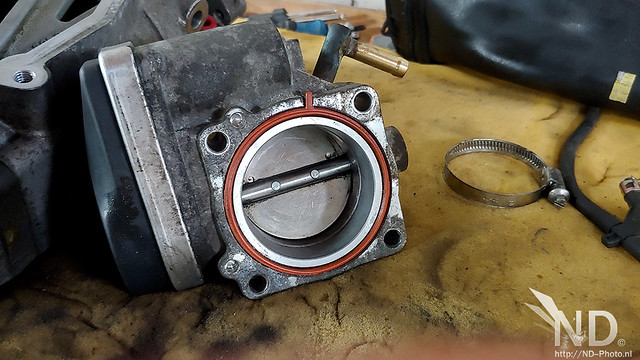 Finally cracked the supercharger open to allow for visual inspection of the gears (they looked good!) 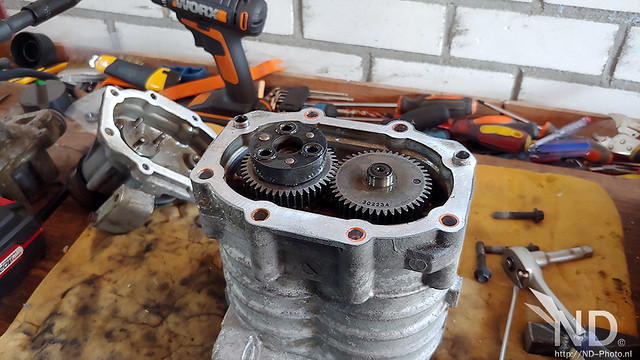 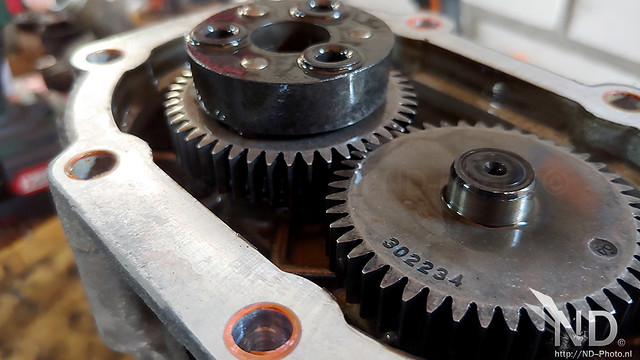 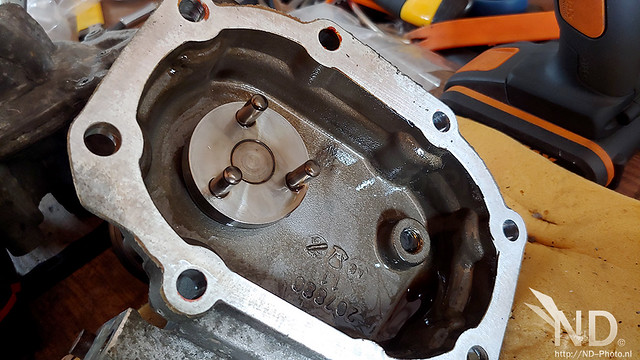 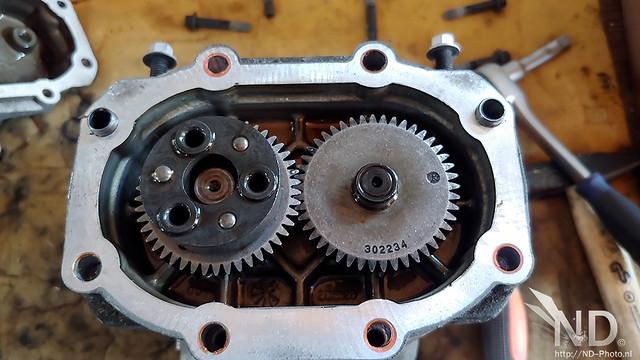 I also replaced the supercharger coupler with a new oil filled nylon coupler (in red). 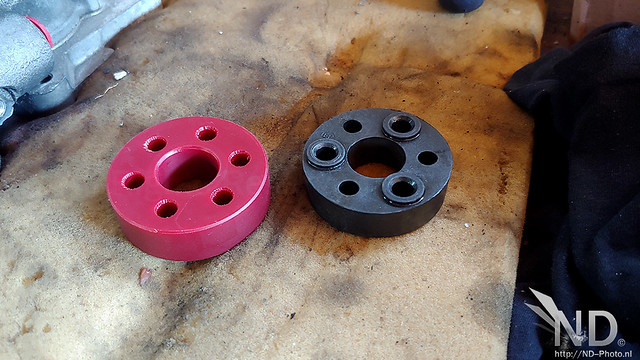 As usual, the Mini Cooper S with the Eaton M45 supercharger also has a bypass valve, which helps with fuel economy and lighten the load on the supercharger during idling (for instance). On NAM (North American Motoring forum) I noticed a popular mod, which is also known as the VGS or Vacuum Gain System modification.

Basically, the VGS mod changes the way the Bypass valve is operated. From indirect vacuum to direct vacuum, allowing faster response of the butterfly valve, but also keeping it shut better so no boost is lost.

I liked it in the beginning, but it makes for a rough driving experience. So in the end I reverted and never went back. Thats why we experiment 🙂 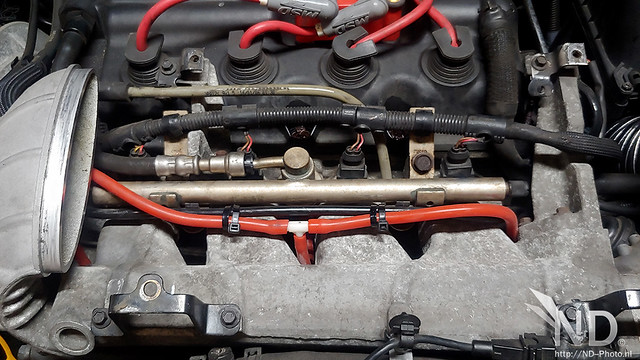 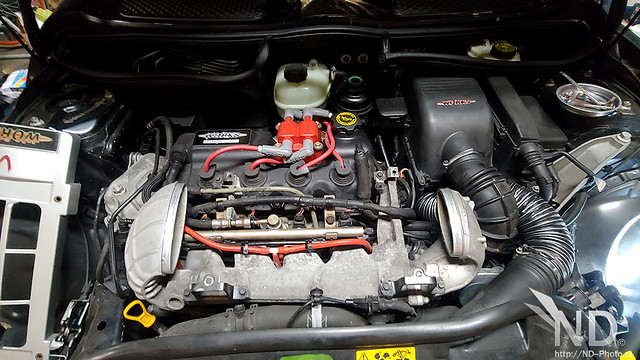 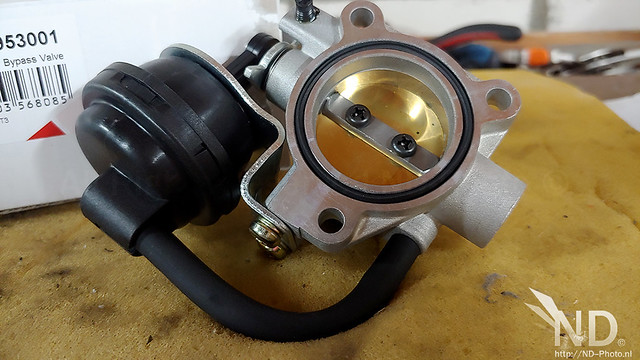 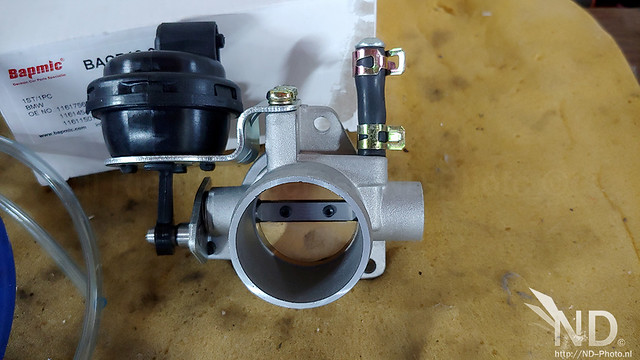 Replaced the Aliexpress Pierburg valve with a brand new original Pierburg unit. These are also known as the “Porsche” TCV and sold by ARDideas. Must have part for about 20-30 euro.

The difference is noticeable, especially when driving with half throttle. 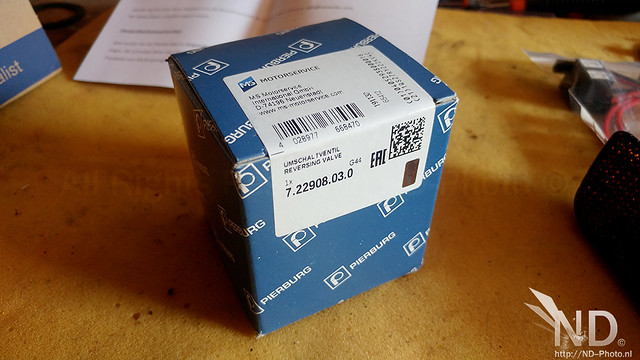 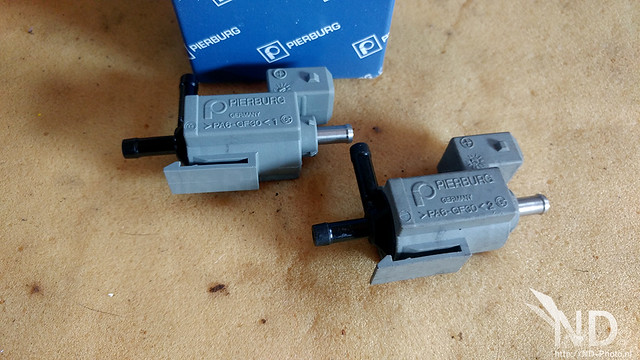 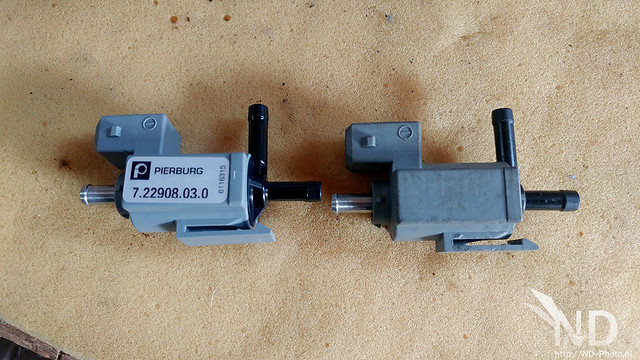 Made some flyby shots of Sander’s Seat Leon 1M 1.8T 20VT with Stage 1 tune (240BHP 380Nm). The car is stripped and equipped with some good supporting mods like a 3″ stainless downpipe + stainless catback and lightweight OZ Ultraleggeras with Nankang NS2R Semi Slicks.

I actually wasn’t planning to upgrade the OEM Compressor Bypass Valve (CBV), but I am glad I decided to do so with this ProPerfekt piston type Diverter Valve (DV).

The rubber rings don’t leak (so much) boost, which means the power output is better (and faster) compared to the stock CBV. The stock CBV has a rubber outer ring (diaphragm) and a plastic ring on the inside (this is the flaw in the design).

The ProPerfekt DV is a known mod with the Renault Megane RS drivers, but I haven’t seen it before on another Volvo forum. The results are clear to me, the boost buildup is quicker, which means the car is faster. I would recommend this mod to anyone who has a TD04 turbo (who is still using the stock CBV). My S80 has the TD04HL-13T turbo, but will also fit the TD04HL-16T. Please note that the CBV I had fitted is quite new, so no ruptured diaphragm or something.

And this is how it compares to the stock CBV.

I noticed some strange behaviour when lifting the throttle and decided to service the CBV aka Compressor Bypass Valve. I was right, car drives a lot better after replacing it with a fresh CBV / DV (Diverter Valve). 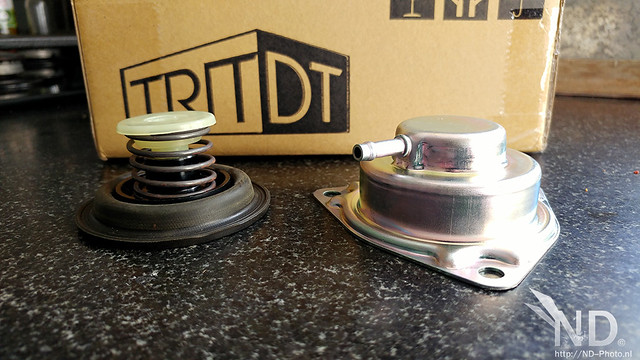 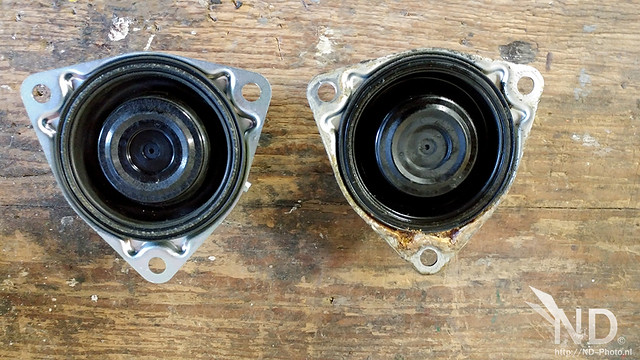 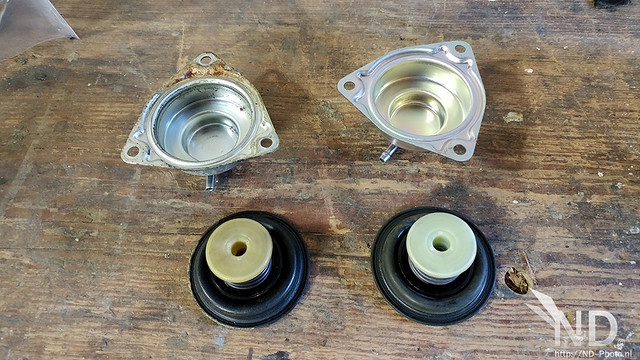 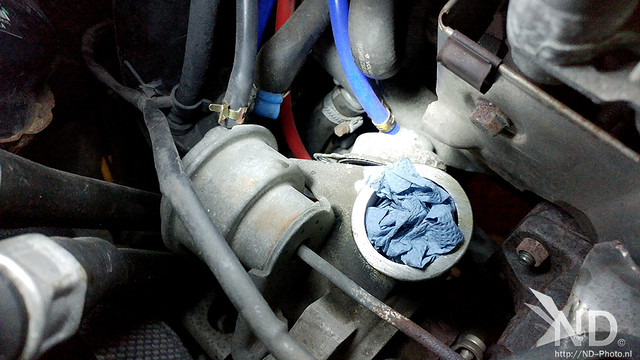